Is Too Much Coffee Bad For Your Brain? 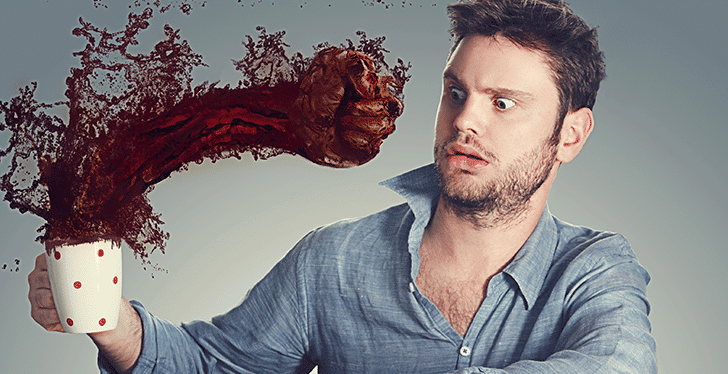 If you’re like most red-blooded American men, you drink coffee. It’s America’s third most consumed drink (after water and soft drinks). And it’s been so ingrained in our culture that it’s one of the few socially accepted addictions. Some men even drink an entire pot a day. Should you be worried? An Australian study seems […]

You’ve probably heard about “good” and “bad” cholesterol… And how the good kind helps protect your heart while the bad kind jeopardizes it. Well, it turns out that good cholesterol also protects another vital organ in your body – the liver. In case you forgot or don’t know… We have LDLs (aka bad cholesterol), which […]

Have you ever spilled toner from a laser printer? If you haven’t, you may be surprised to hear a fine powder comes flying out… Not a liquid. And this stuff is incredibly airborne. Spreads everywhere like 30 mile an hour winds blowing through a field of dandelions Whenever you print something, most of it gets […]

If I asked you how many steps a day you should take to be healthy, 10,000 would probably be your answer. I don’t blame you for thinking this. Somehow 10,000 steps a day for health and longevity has been drilled into our heads. Even google says so! It turns out, the number “10,000” is actually […]

Belly Fat is Breaking Your Brain

You have to drag most men kicking and screaming into a dentist’s office. Some of us won’t think about going unless we’ve had our teeth knocked out. My own father didn’t go to the dentist for 25 years. And after his first visit back, he came out cavity free. Which in his head, completely justified […]

A new study compared the nutritional benefits of organic meat and milk to non-organic meat. See what they found.

Ashwagandha is a natural root and is one of the most important remedies used in traditional Ayurveda medicine. Known in Indian Sanskrit as “Rasayana” or the Rejuvinator… Ashwagandha’s use goes all the way back to 6,000 BC when it was used as a remedy for Hindu Kings. Throughout history, men have used Ashwagandha to help […]

How Men Can Increase Productivity by 46%

This simple strategy not only helps improve productivity at work, but will help you live longer.

If you want a beverage that’s delicious, energizing and provides a plethora of health benefits it’s hard to beat green tea. Green tea is a great source of antioxidants that can help prevent cardiovascular disease, protect your brain from Alzheimer’s disease, and even keep certain cancers at bay, like colorectal and breast cancer. While green […]

*These statements have not been evaluated by the Food and Drug Administration. Our products are not intended to diagnose, treat, cure or prevent any disease.